2022 SUNDEK PROJECT OF THE YEAR 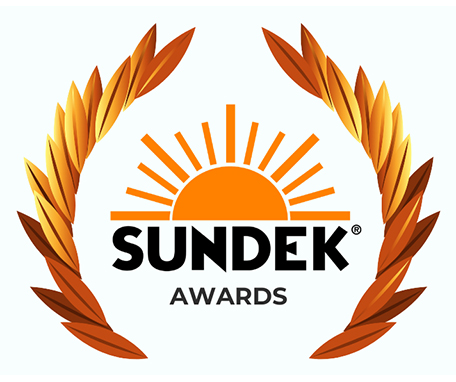 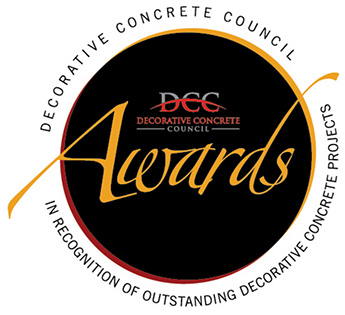 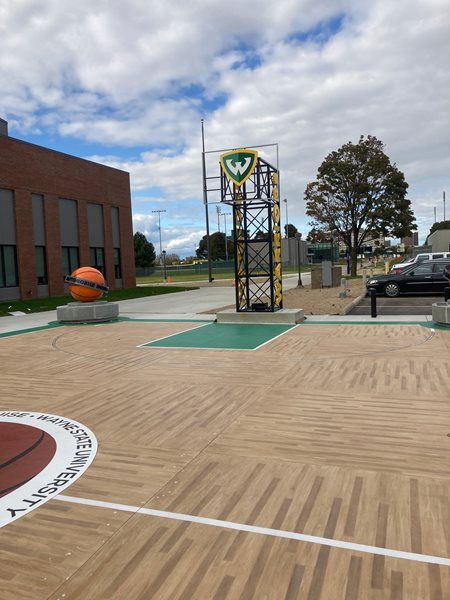 At the entrance to the basketball stadium at Wayne State University, SUNDEK National Accounts installed an eye-catching surface that mimics the look of a basketball court. 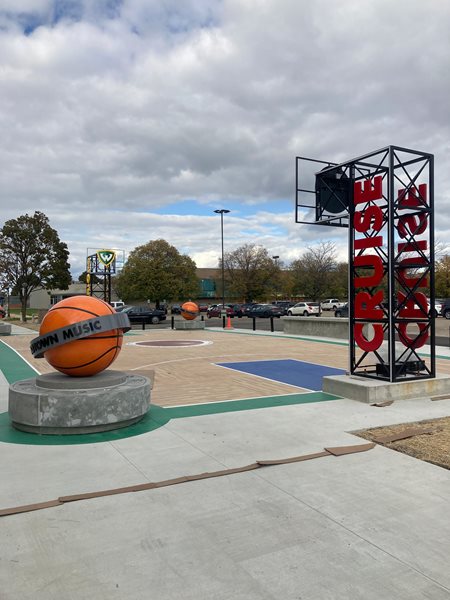 Crews used a variety of custom colors to create the appearance of a basketball court parquet floor.

Using the Tuscan texture effect, SUNDEK National Accounts imitated the look of Parquet Wood Plank from inside the arena.

When Albanelli Concrete contacted Chris Klemaske, SUNDEK’s Director of Commercial Development, about a “complicated” project in Detroit, Michigan, Klemaske teamed up with SUNDEK’s National Commercial Accounts Manager Rae Cerasoli to meet with them and find out more.

Klemaske and Cerasoli learned that the project was for Wayne State University. The school wanted a unique design for the outdoor space leading up to their stadium: a surface that would mimic the look of a basketball court—complete with flooring that looks like hardwood, striping, recessed lighting along the 3-point line, and a logo at the center of the court.

Achieving the look Wayne State desired would make for a challenge, but Klemaske and Cerasoli knew it would be achievable with SUNDEK products and teams. They contacted Production Manager Michael Mercado of SUNDEK National Accounts to take on the project.

Through many late-night and weekend phone calls, Cerasoli and Mercado came up with the perfect product and approach to get the right look. To create the appearance of hardwood typically used on basketball courts, they planned to use SUNDEK’s Tuscan finish and apply custom colors.

SUNDEK’s Tuscan texture effect is created by applying a thin coating and then doing custom hand-troweling to achieve the desired look. With the Tuscan finish, just about any style of wood can be replicated, but contractors can also use it to create the look of flagstone, slate, and other masonry effects. In this case, SUNDEK National Accounts would create the look of Parquet Wood Plank. Mercado’s team created samples to provide the client, and—after several iterations—they approved the design.

The crew was met with a challenge right from the start: Albanelli needed to install the recessed lighting before SUNDEK could begin work. Unfortunately, the lights were being delivered from out of the country and there was a shipping delay—the project wouldn’t begin until three days after the scheduled start date.

Wayne State wanted this project completed before opening day, so SUNDEK crews came up with a way to make up for the lost time and increase efficiencies: while onsite, they created a template using a foam board.

With the plan in place, Production Manager Guadalupe Velazquez and the rest of crew applied the Tuscan coating with tan oxides to the entire surface, with the exception of the free throw lines and the spot where the circular 8 by 8 logo would be placed. Next, the team opened the control joints and scored the pattern.

SUNDEK National Accounts used these water-based stains for the project:

To apply color to the surface, the team prepared the stains and applied them with an airless sprayer to create a faded look. After completing the staining process, they thought the planks appeared too dark, so they fogged the area with Sienna Rust to lighten them up. For complexity, they added Golden Harvest, which crews sponged on. The final step for color was to apply the finish coat at the free throw lines, 3-point line, and around the border of the court. These white lines were applied a few times to avoid any major bleed-throughs.

Finally, the logo was applied at the center of the surface. SUNDEK National Accounts had worked with another company to create the vinyl template. The large template came in three pieces so it could be lined up perfectly. After placing the logo, the team applied two coats of eco clear with aluminum oxide to protect the surface.

Despite a late start and several design adjustments along the way, SUNDEK National Accounts crews worked diligently to get the project done—not only on time, but three days early. The design team, Wayne State University Representatives, and Albanelli Concrete were blown away by the talent of SUNDEK’s team, and the finished product has received rave reviews.